By: Denis Kayongo. The Principle of National Unity Platform (NUP) Robert Kyagulanyi Ssentamu also known as Bobi Wine is expected to take his campaign message to the districts of Luuka, Buyende and Kamuli in Busoga Sub Region.

Kyagulanyi will be returning to Busoga sub region after massive rallies in Iganga, Mayuge and Bugiri on Monday. Residents of Busoga asked him to tackle poverty and the sugarcane crisis in the sub-region.

The locals say many people have been impoverished due to limited access to social services, and failure to unite to tackle the problem, which they blame on poor leadership. 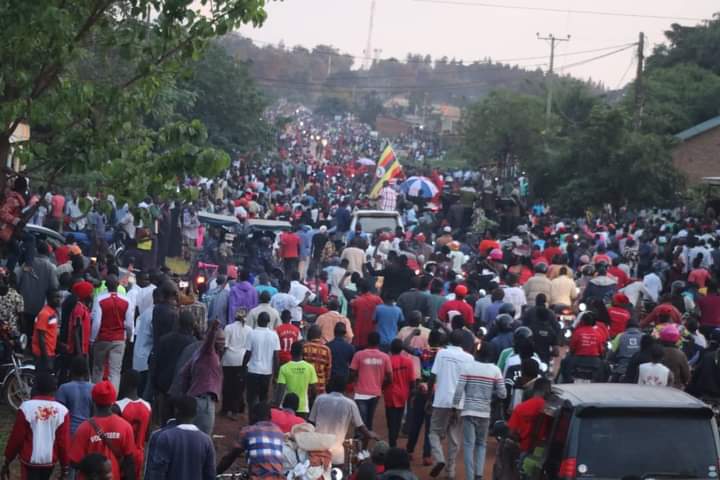 “I wish our leaders could help address this matter, most of them are working for themselves and they have done nothing to organise us to fight this problem,” Mr Robert Musoga, a resident, said during Bobi Wine’s rally in Mayuge District.

In response, Bobi Wine pledged to economically empower the sub-region through resumption of cooperatives and creating jobs through industrialisation.

“Once upon time, this region was the most industrialised area not only in Uganda but also in Africa. These industries provided jobs and income for many families,” Bobi Wine said. 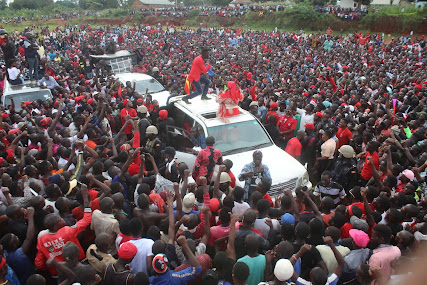 “When I become president, I will make sure these industries are revived so that people can become economically empowered, and this poverty will be no more. We need Uganda where everyone is able to provide for their families,” he added.

Bobi Wine on Tuesday campaigned in Butaleja, Tororo and Busia where big crowds of his supporters stood by roadsides to wave at him.

On his way to the rally venue in Butaleja, Kyagulanyi and his team had to negotiate their way through a muddy stretch, which his campaign team said delayed them.

Eventually, albeit with apparent difficulty, the team managed to make their way to the rally venue.

Bobi Wine also addressed a rallies in Busia and Tororo amid a cocktail of security and teargas and live bullets.

Customer flashes gun at worker asking him to wear mask in Illinois store,...

Is This the End of Obsessively Hating Donald Trump?