Javier Mascherano in the Barcelona Jersy

The veteran announced his decision on Sunday after his side continued their poor start to the campaign with a 1-0 home defeat to Argentinos Juniors.

"I want to announce that today I am retiring from soccer professionally. I want to thank this club that gave me the opportunity to finish my career in Argentina," Mascherano revealed post-match.

The 36-year-old was also swift to note that his side's slow start to the season didn't play a role in his decision, adding: “It’s got nothing to do with the club or the results. It’s personal feelings.

"I’m thankful to Desabato [current Estudiantes manager] and all my teammates for having put up with me during this time,” he added.

Mascherano made 147 appearances for Argentina, including being part of the side that lost in the 2014 World Cup final, and began his career at Argentine club River Plate.

Mascherano was part of Rafal Benitez's team at Livepool

His first taste of European football came via a controversial move to West Ham, which would eventually get caught up in a third-party ownership scandal.

The versatile midfielder would soon switch the Hammers for Liverpool, and it was at Anfield where he would evolve into a star. He would make 139 appearances for the Reds before exiting for Barcelona, where he'd emerge as an underrated cog in Pep Guardiola's imperious machine at the Camp Nou. 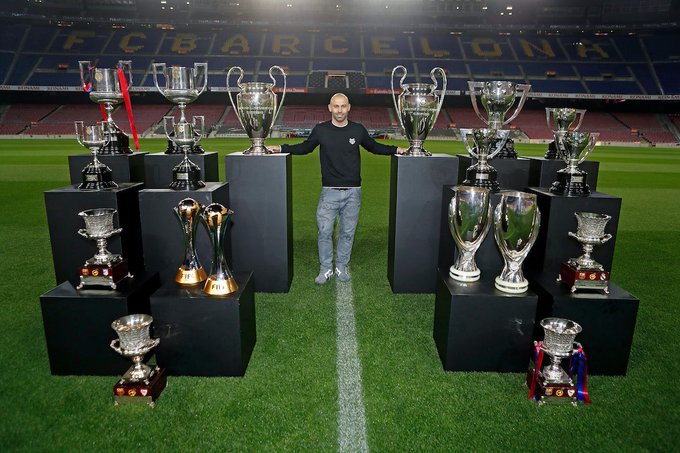 Mascherano has won almost everything in his Career as a player

During an eight-year spell which culminated in an emotional farewell to China in 2018, Mascherano would lift 20 pieces of silverware, including five La Liga titles and a pair of Champions League crowns.

The 36-year-old started both of Barcelona's European successes alongside Gerard Pique at the heart of defence.

As Virus Variants Spread, ‘No One Is Safe Until Everyone Is Safe’

Sudan’s new Cabinet sworn in amid protests over dire economy