Kanyamunyu sentenced to 5 years in jail

By: Denis Kayongo. Mathew Kanyamunyu has been sentenced to 5 years + one month in jail after pleading guilty to the killing of social worker Kenneth Akena under plea bargain Court system.

High Court Judge Steven Mubiru has sentenced him to 5 years and one month in jail while his girlfriend Cynthia Munwangari has been set free by the court after the DPP withdrew the charges after against her. 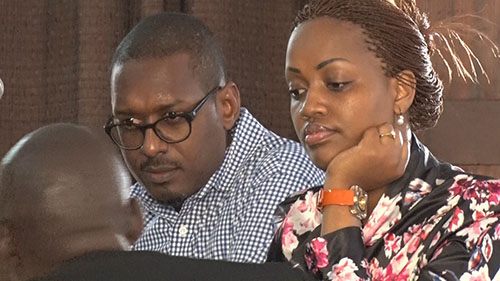 Kanyamunyu was arrested in 2016 on suspicion that he drew a gun and shot Akena after he reportedly knocked his car in Lugogo, Kampala. Akena had reportedly gone to apologize to Kanyamunyu after the accident but Kanyamunyu is accused of lowering the window of his car and shooting him at close range.

Akena died a few hours later at Norvik Hospital on Bombo Road where he had been taken by the accused. He has since then been on trial together with his girlfriend Cynthia Munwangari and sibling Joseph Kanyamunyu. But throughout the trial, Kanyamunyu and his girlfriend insisted that they took Akena to hospital as good Samaritans.

A decade after 2011 protests, Bahrain suppresses all dissent

Crowded US border facility in Texas opened to reporters

'Overwhelm the problem': Inside Biden’s war on COVID-19

We beat journalists for their own safety- IGP Ochola