Thousands of Leicester City fans have taken part in a memorial walk in honour of those killed in the helicopter crash outside the club’s stadium.

Chairman Vichai Srivaddhanaprabha was among five people who died when the aircraft came down on 27 October.

The supporters marched from Jubilee Square to the King Power Stadium ahead of the game against Burnley.

On Friday, the club announced plans to erect a statue of the chairman at the King Power Stadium.

Since starting at Jubilee Square fans have been singing: “Champions of England, you made us sing that” in honour of Mr Vichai. 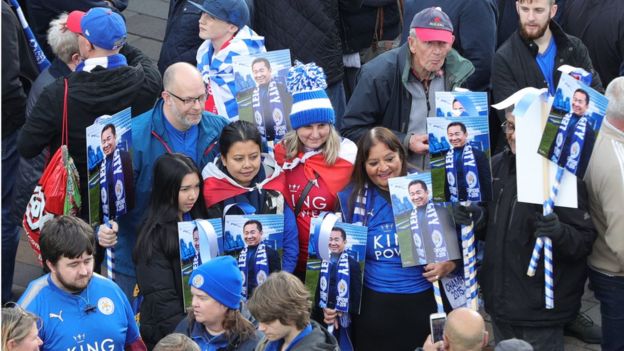 Leicester City chairman to be honoured with statue