The Weekend Round Up as Manchester city and Barcelona Lose Again

By: Denis Kayongo. The weekend round up covers all the Top Five most followed leagues all over the Europe Starting from Friday to Sunday

The weekend started on Friday as usual in French League 1 where the Reigning champions and table leaders PSG lost their third game in the league away to Niko Kovac's Monacco (3-2).
Although PSG lost against Monaco, they remain at the top of the table with 24 points only four point a head of Lyon in second 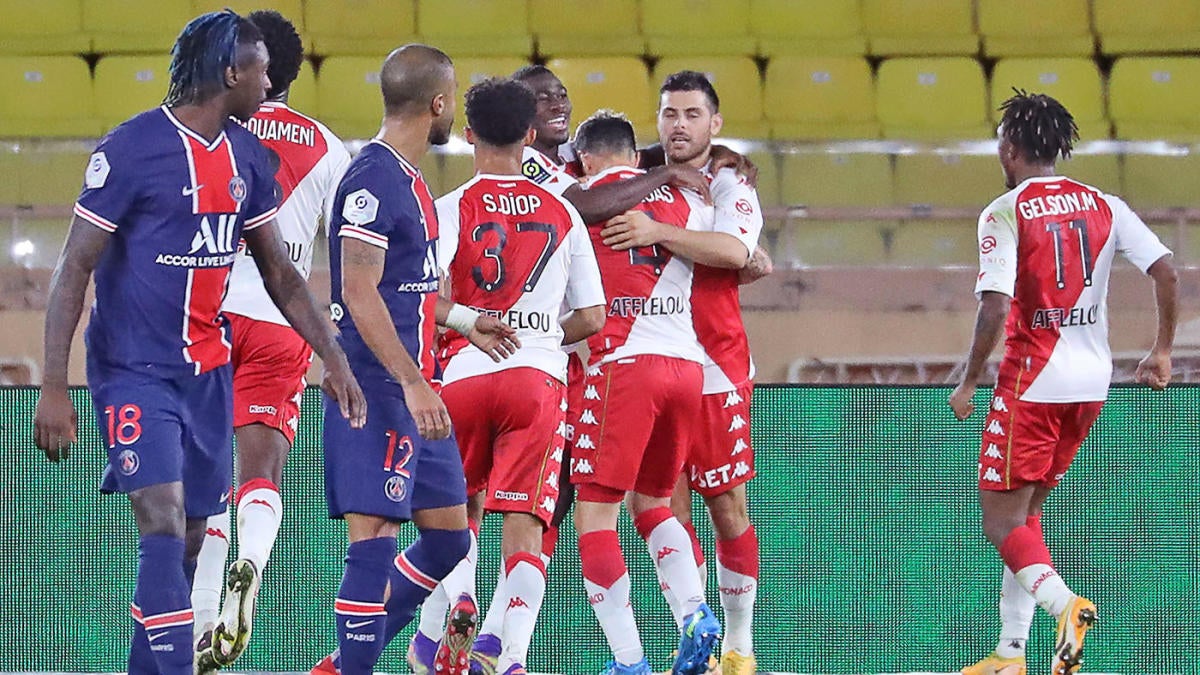 Both teams have played so far Eleven games with PSG winning eight(8) Loosing the remaining three (3) while Monaco have so far won six (6) drawn two (2) and lost (3)
Niko Kovac on win over PSG:“In the 1st half, we were scared.” I said to the players that we were bad, that this was not the Monaco that I wanted to see. I want to see the Monaco from the games against Bordeaux and Nice "Kovac added"

In Germany, the weekend was somehow difficult to some of the big teams starting from Saturday where Bayer Levaerkusen struggled to get an away win against Arminia Bielefeld (1-2) through a late winner scored by the veterand defender Aleksandar Dragovic who came in as a substitute replace Sven Bender in the 50th minute.

The table leaders Fc Bayern Munich settled for a (1-1) draw with the struggling Werder Bremen and they are now only one point a head of Borusia Dortmund who are second on the table.
The second highest goal scoring team in BundesLiga so far is Dortmund (20) only Eight goals behind

Bayern Munich (28). Dortmund yesterday out classed Hertha Berlin with a thriller of five Goals (2-5) where the Golden Boy Erling Haland Braut (20), scored Four goals in the second half and the fifth goal was scored by Portuguese Raphael Guerreiro securing the second place for Dortmund in the league. 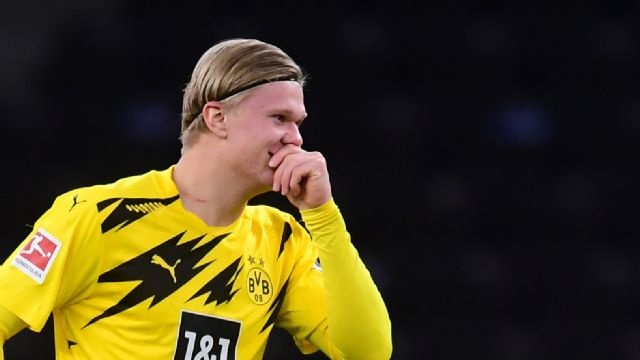 Haland is now the second Top scorer with Ten (10) Goals only one goal behind the Bayern Munich goal Poacher Robert Lewandowski (11). RB Leipzig also made a (1-1) draw away in Frankfurt and that took them to 4th place with 17 points behind Dortmund and Leverkusen both level on 18 points.

The weekend has been not good for the two giants in spanish LaLiga that is Barcelona and Real Madrid.
Madrid have now gone three consective games without a win in all competions after settling for (1-1) draw against Villareal.

The Los Blancos are now sitted in the 4th place on the table with 17 points in Nine games winning Five (5), drawing Two (2) and Loosing Two (2) only six points behind the table leaders Real Sociedad (23)

Yannick Carrasco scored the only goal for Atletico over Barcelona and took the team second on the table with 20 point that is three points behind Real Sociedad but Atletico has two games in hand, played only Eight yet Sociedad have played Ten games so far. 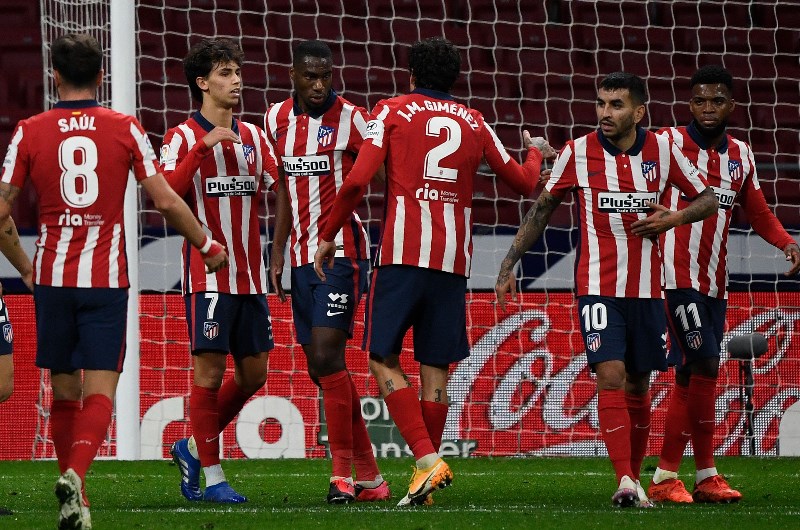 Barcelona are now 11th on the table with with only 11 points in Eight games that means they are Twelve (12) points behind the table leaders Real Sociedad Twenty (23), Barcelona are playing Dynamo Kyiv in UEFA champions league on Wednesday 24/November.

Starting with the early kick off at St James's Park, Frank Lampard's Chelsea out played Steve Bruece's Newcastle while getting their  third consective premier league win.

Chelsea's two Goals came via the veteran defender Federico Fernandez (own goal) and the young star Tammy Abraham taking the team to the third place in the league, with 18 points in only nine games, winning six, drawing two, and losing only one.

The Blues are the second most goal scoring team in the league as per now, scoring Twenty (20) goals only one goal behind the table leaders Spurs Twenty one (21) goal.

Jose Mario Felix Mourinho with his on form Tottenham Hotspurs crushed Manchester City at Tottenham Hotspur Stadium yesterday evenning to keep the team as one of the Tittle Contenders of thi season.

Pep Gurdiola who has just got a new Contract which keeps him at the club untill 2023 lost his second game in the league and his first since losing to Leichester City (2-5) on 27/October 2020. Manchester City Lost to the table leaders Spurs (2-0) of which they have remained with 12 points so far this season in Eight games.

Manchester United (1-0) West Bromwich, this was the late kick off of Saturday where Man Utd Got their first home win in the league so far.

Bruno Fernandez converted the penalty which helped Man Utd to escape away from the angry West Brom.
West Bromwich Albion have no win in the league so far in their Nine game they have played drawing three (3) games and losing the rest six collecting only three points.

On Sunday, Arsenal have now gone yet another game without a win in the league after settling for a goal-less draw against the newly promoted Leeds United on Sunday evenning, although Nicolas Pepe got a Red Card at the beginning of the second half.

The late kick off  on Sunday was the injured Liverpool at Anfield playing against the surprising Leichester City. In the absence of almost six players, the likes of Mo. Sallah, Virgil Van Djik, Joe Gomes, Alexander Trent Arnold, Thiago Alcantara.

In just twenty minutes, Liverpool has already scored through a fomer Man Utd central defender Jonny Evens (own goal). The Reds doubled the lead via the unstopable Portuguese striker Diogo Jota and ended the half time in the driving seat.

Liverpool came back in the second half looking for a third goal to seal the lead but unfortunantely they have registered another injury in the Midfielder Nabby Keita and was substituted bringing Neco Williams.

Liverpool secured their win over Lechester City by scoring their third goal which scored by the Brazilian top asset Roberto Firmino in the 86' minute.

Liverpool's win over Leichester took the team behind the table leaders Tottenham, leveled on points (20) but Spurs is leading by the goal difference since Spurs have scored  21, goal conceeding only 9 a differnce of 12 goals while Liverpool have scored 21, goals conceeding 16,having a goal difference of 5 goals.

Bill Wright, Who Broke a Color Barrier in Golf, Dies at 84

Schools in more affluent areas move faster to reopen than those in low-income...

‘Crisis into opportunity’: Biden lays out vision for sweeping change in...