Hello THJ’ers … It is another beautiful Wednesday and you know what that means! Another exciting round of Woman Crush Wednesday where we present to you our woman crush of the week. Our woman crush today is the beautiful and talented Nigerian singer , Niyola.

Signed to EME record label back in 2012, Niyola has dropped a few hit singles over the years but has not released an album yet. In May, after a break she released a new music video entitled “Never Gon’ Stop” which is speculated to be one of the songs off her debut album which is scheduled for release later this year.

Niyola caught our attention when she released new sexy photos of herself. The dark skinned beauty is seen wearing an off shoulder bell bottom sleeve top and shiny gold pants in one of the pics, and a printed high slit two-piece outfit in another. There is also a close up photo of her as she glows with light make up on.

Check out the photos below: 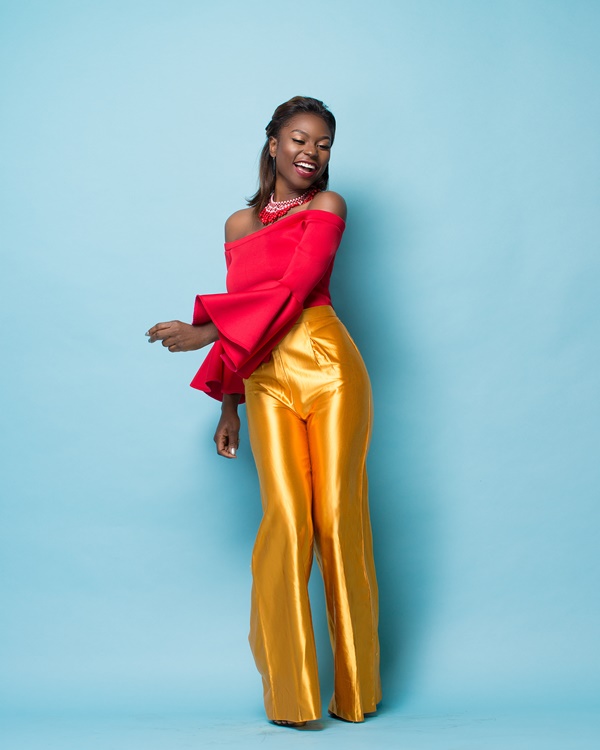