Women lawyers under their legal umbrella body, FIDA-Uganda have raised concerns over the increasing and persistent numbers of human trafficking in the country which they described as unacceptable since its manifestation of violence among Ugandans.

The lawyers assert that both licensed and unlicensed Kampala-based security companies and employment agencies continue to illegally recruit Ugandans to work as security guards, laborers, and drivers in the Middle East. 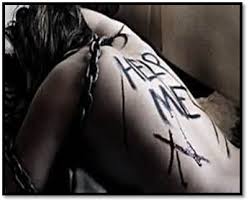 They further wonder why government doesn’t prevail over the work recruitment agencies who still continue to recruit domestic workers despite a ban on it.

According to Mercy Munduru, the advocacy officer at FIDA-Uganda, despite not availing stastics this entire year, cases of child trafficking in Uganda have escalated which is the case with mature people thus calling for togetherness among all stakeholders so that the issue at hand is handled with at most care both at national and global since its the major driver of sexual violence.

She adds that government has not fully met the minimum standards for the elimination of human trafficking out of the country.

According to the available statistics government investigated 108 human trafficking cases in 2015, involving 347 victims and 15 were prosecuted but managed to secure three convictions in the same year.